Fighting cancer with the help of mobile apps

Over the passed weekend (March 1st through 3rd 2013)  we took part in the Cancer Research Institute's hackathon at Google Campus.

As with anything new we have tasked ourselves to create,  we started to brainstorm ideas while constantly asking  following questions:

Using open data analytics from Flurry Analytics as well as our analysis of the top positions in the app stores, we have come up with pretty obvious results – generally, there are two groups of players:

Below is a is a matrix that shows how type of game determines loyalty and frequency of use by players (source: Flurry Analytics blog)

Below, is player's gender and age by game genre.

What we have observed during the last 24 months is quick rise and firm grip of the top positions by the casual games: e.g. Candy Crash Saga, Hay Day, Clash of Clans, 4 words 1 pic , etc. Reasons for that are obvious: there’s no rush, no need to take action immediately (i.e. games of this type are not a test of reflexes).

Since 80% of top games are casual ones, we can deduce that casual gamer makes around 80% of total audience these days. What’s more important is that this type of gamer is more probable to become a loyal player of a specific game.

We have considered what type of player and, consequently, type of game, would bring better long-term results for UK Cancer Research. Considering our analysis we have decided think along the lines of a casual gameplay. This is reflected in the game ideas presented below.

At the conceptual stage we decided to change the way we look at the raw data: rows and columns of numbers. Our first idea was to turn a rectangle into a circle and display data points as a apartments with lights switched on.

Each sample of data would be given a name of a real city. Player traverses through the city by moving from one building . The player can move up and down the building to visit apartments and collect loot items. But she cannot move too far up or down as her energy depletes. After venturing out of city, player moves along the ground until she reaches a new city and conitunues playing. Here's how this game design is of interest for cancer researchers: the distance between the cities is the gap in the gene sequency numbering that researchers are looking for.

Next idea was to take yet another perspective on visualising data. This time, we turned it into a 3D world, where data points are placed on the cylinder in form of spikes. Surely, it is very possible to change spikes into more visually attractive game objects as is shown in Lego's music box image beneah a sketch.

Let player roam the world by cutting off the spikes with highest concentration, thereby finding the line where the copy numbering errors occur. 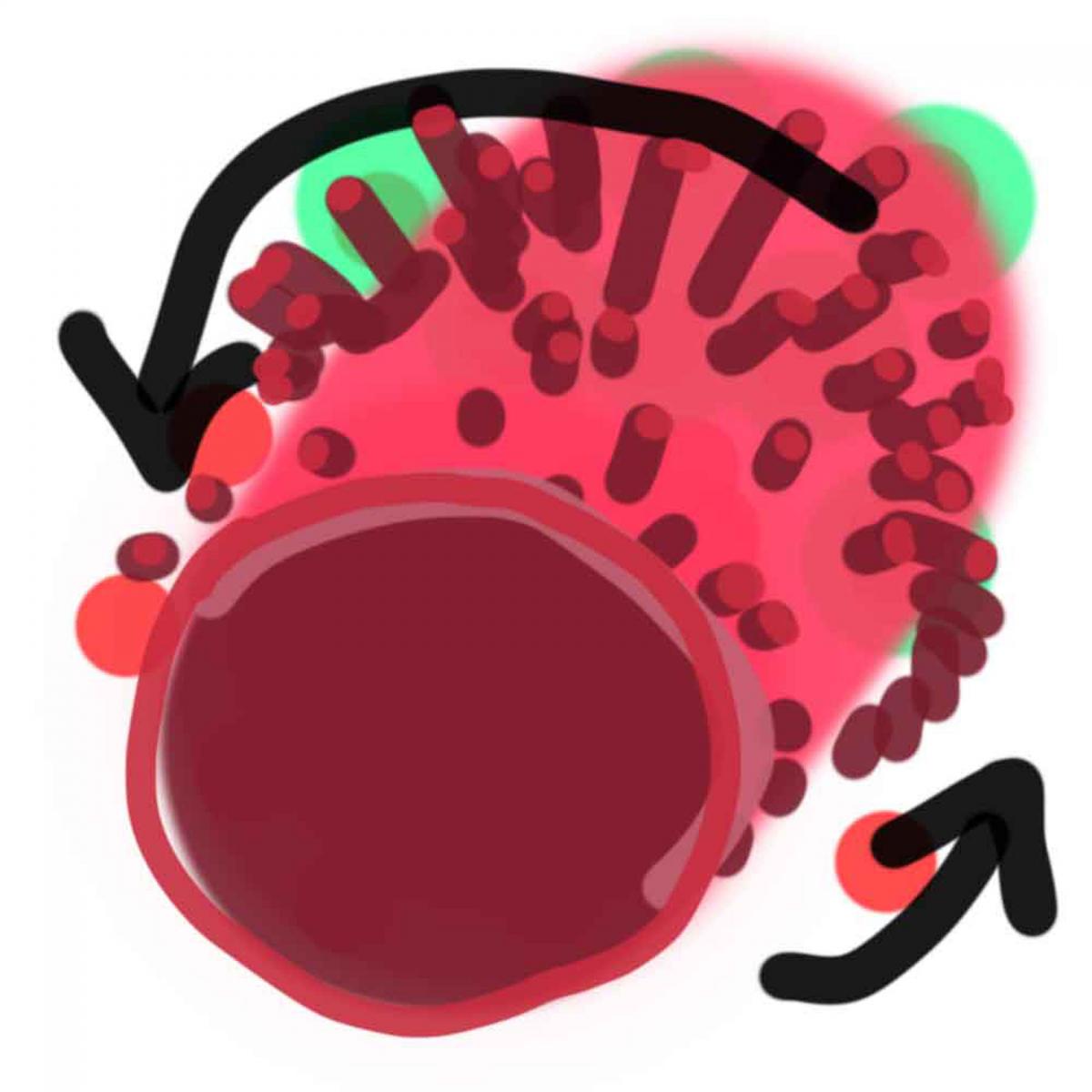 One approximate of how the game world could look like: Lego's music box 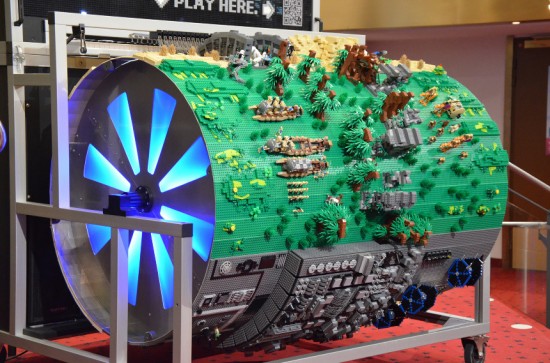 The third idea  -- actually it came up earlier during brainstorming, but we decided not to get attached to it and moved on in search of new ones -- came from realisation that data points are there to be collected into groups, clusters. And while computer algrothim may miss whether points belong to clusters or not, human brain is much better at detecting if something belongs to group or not. It is also a variation of the game of GO -- territory control.

Present data points as free roaming sheep wonders around the field. Your task is to collect/flock as many sheep as possible. There are several limitations, of course, to make game more strategic:

Data is spread across many levels that you can play in several modes: single player, vs AI, and vs other players on a turn-base playing on several level simultaneously. Because data is so different even across one gene, every level feels like a new fresh experience.

Players would able to start/join clans of flock masters and fight other clans for the highest number of sheep!

There are several things that make this game a good (I’d even say ‘great’, but I’m biased) fit for a cancer research project or, for that matter, in any research project that requires analysing clusters of information: 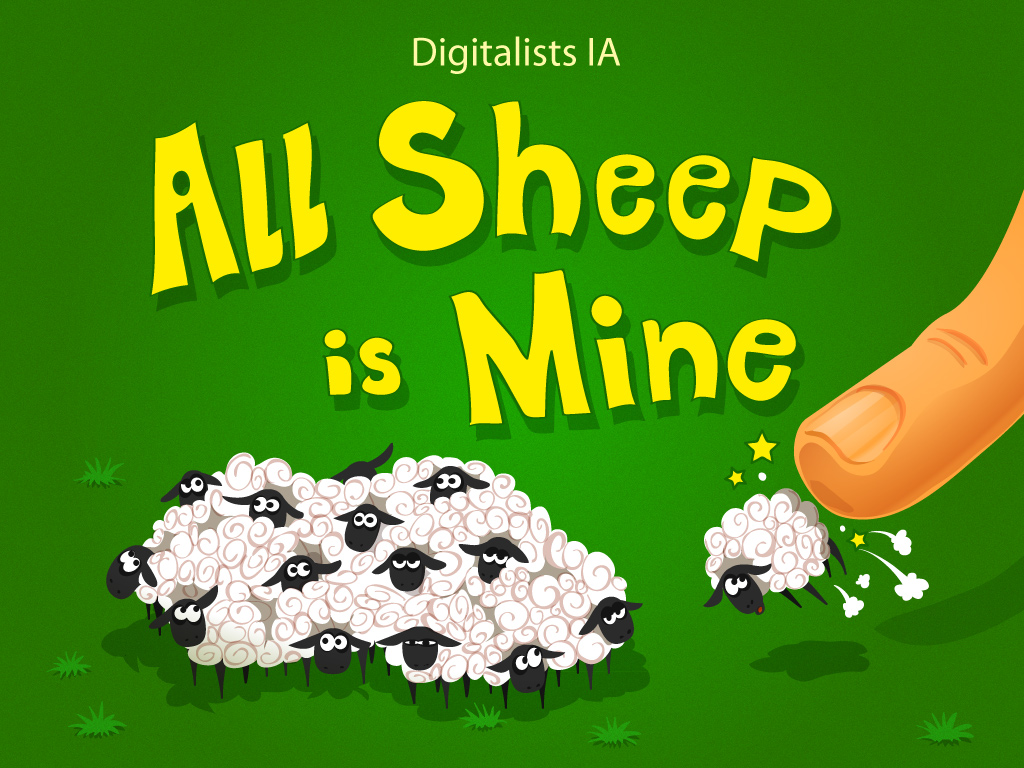 The reason you see lots of sheep congregated along top and bottom is because their position is taken from the raw data. We can cut off top-lower 5-10% this there's hardly any abnormality among those data points. 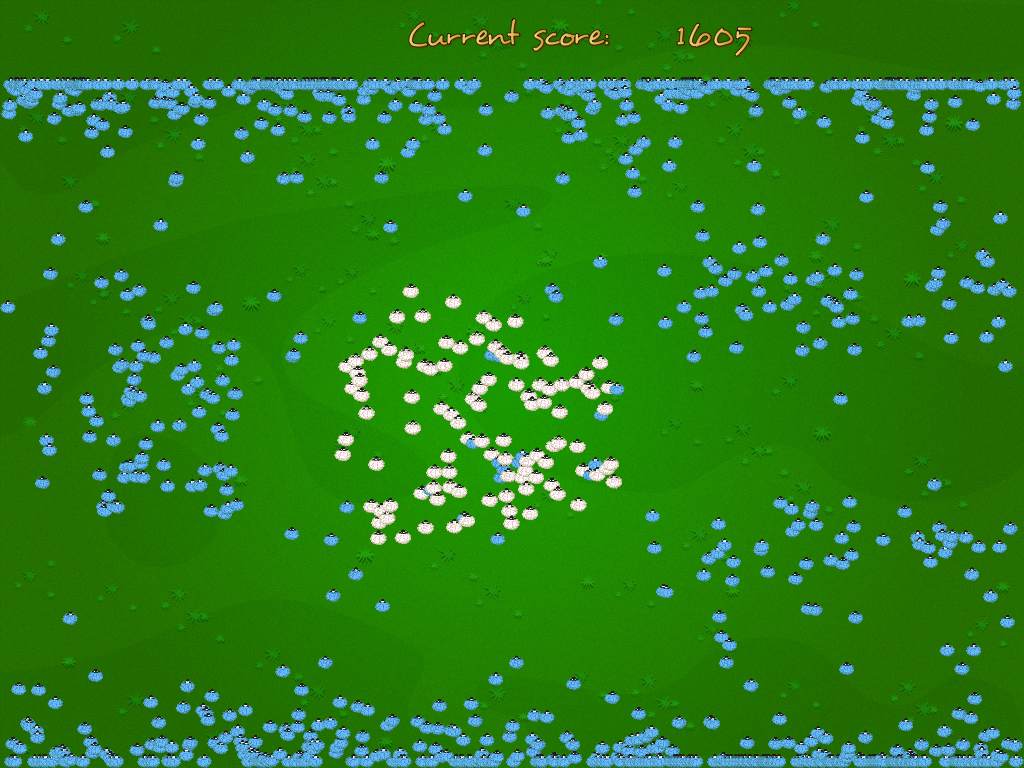 If you would to inquire about our services on how to build engaging interactive experiences for your customers, please

Please login using your credentials recived by email when you register.